She waited for me to go home, before passing away. 🙁

After few days of not eating and diarrhea, our bunso died today.  Monday, when my parents took her to vet. She was given medicines so she’ll gain appetite to eat, but it didn’t work. Tuesday, her condition didn’t progress so kuya took her for a blood test to check further.  Since drinking is what she only do, her water now has dextrose to aid her.This morning, before I left for work, I still saw her walking. Mama took her outside (their usual routine) for a little exercise. I would never forget how her tail wagged when my father brought one of her favorite food, pandesal. We gave it to her, but she just smelled it.

I planned to buy  her french fries (her other favorite) when I got home but that didn’t happen anymore. When I arrived around 4:30 PM, I saw mama crying in the front door. She was with Wiki who was lying on the floor and was very weak. Kuya wasn’t around then because he went to the vet to ask for the lab result, they didn’t find anything significant. Our poor Wiki, she’s no longer moving and she’s crying too. Her feet was very cold and mama noticed that her belly suddenly got big.

When kuya got back, we decided to rush her to a larger animal hospital. I couldn’t accompany them so I just bid goodbye to her and was  looking forward to see her healthy once she got back.

After a few minutes,mama texted me that Wiki is dying. According to the doctor, the cause was her ruptured uterus since she never gave birth.

Pero after all that happened, alam mo, I’m very grateful. Kasi, God gave you to us as our first dog, Wiki. 🙂  Almost 9 years of your life, you became a big part of our small family. Nasulit mo naman di ba? 🙂

Thanks for your loyalty and to the happiness/gulo that you brought to us.  🙂

We love you and We are missing you. 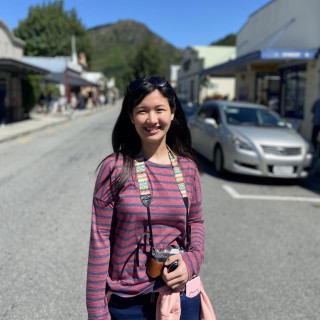